Every Day is Earth Day with Balmy Fox

A significant event occurs every year on 22 April, a global occasion expressing support and raising awareness for the sole mission of protecting our environment. Earth Day was born in 1970, with it growing exponentially since then that it now includes a globally coordinated range of events involving 1 billion people in over 193 countries. Earth Day 2022 encompasses the theme ‘Invest In Our Planet. What Will You Do?’ and Balmy Fox are super excited to be involved, as always!

What is Earth Day?

Earth Day is the beginning of the modern environmental movement. It was born out of a junior senator from Wisconsin who, in 1970, was concerned about the deteriorating environment in the USA, culminating in the environmental impact from a massive oil spill in Santa Barbara, California. Wanting to infuse the energy of student anti-war protests with an emerging awareness about pollution, our environment and wanting to change things for the better, the date of 22 April was chosen for the event. Landing between Spring Break and final exams, the date ultimately allowed them to maximise student participation. Since those early years, Earth Day has grown continually, becoming global in 1990, using digital media in 2000 to spread the cause and get people talking about climate action, conservation, and plastic pollution across more than 180 countries; and in 2010, launching A Billion Acts of Green® and The Canopy Project. 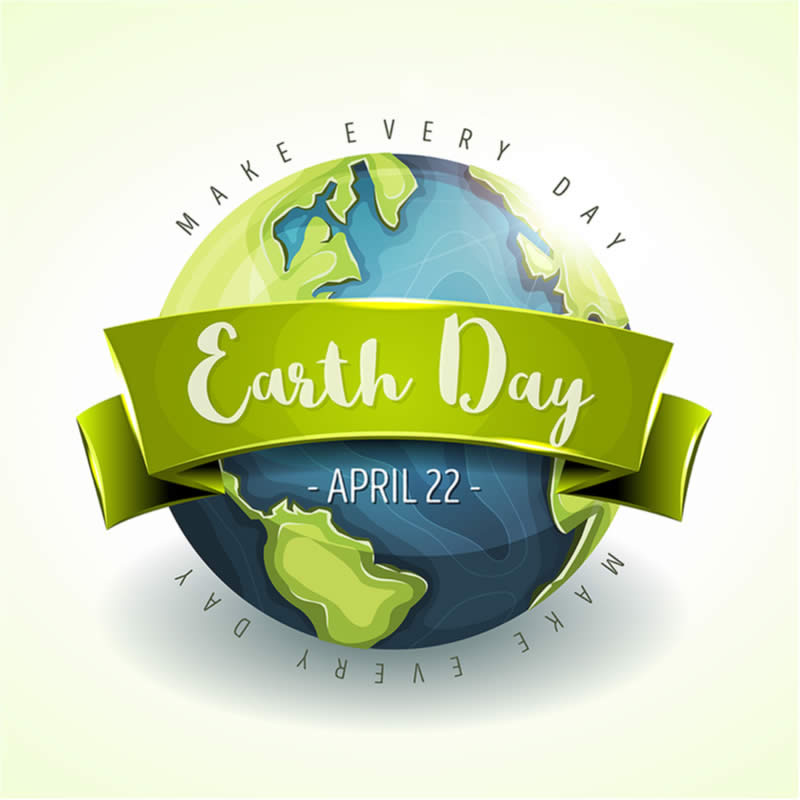 Earth Day may be an annual event vital to raising public awareness about climate change and our environment, but here at Balmy Fox, we implement the ethos of Earth Day every day and encourage individuals and companies to do likewise. Individuals can do their bit by living more sustainably and consciously choosing products that don’t harm the environment (check out the Balmy Fox Sport Vegan range) through plastics or chemicals. Similarly, businesses should put the planet before profit by ethically deciding to implement green business practices and invest in sourcing ingredients and materials that are natural, recyclable or even better, made from recycled materials. And by individuals and companies living and working greener, it’s not just great for the planet, but healthy for us too. There are inextricable links between public health and pollution, so if we all decide to live and work greener and more sustainably, we all win! Earth Day may be one day in the year, but climate action can happen every day!

Our passion and ethos lie in researching and delivering ethically sourced, fairtrade natural and organic ingredients within our product range of hard-working creams and balms. We are committed to making a difference to the planet and its people by advocating ethical skincare, starting with the growers and suppliers we work with worldwide by building solid and lasting relationships. We are totally against animal testing, and the use of Palm Oil and all our products are plastic-free. And we don’t stop with the products we develop; our environmental decisions even filter through to the teabags, stationery, power and banking that we choose for our business, always endeavouring to use the most ethically sourced supplies and suppliers.(Find Out More)

Get involved in Earth Day

If you’re as passionate about our planet and the environment as we are, you can get involved. Whether it’s a simple donation to The Canopy Project, taking a pledge to act or volunteering to promote sustainable fashion, you can share in the global environmental movement for change! And, even if you don’t get involved on Earth Day, remember to make greener, sustainable and eco-friendly choices every day!
PrevPreviousFairtrade Fortnight
NextIntroducing Sport VeganNext

Be inspired by Balmy Fox, follow us on social media to get the latest
skincare news, exclusive products & more

This website uses cookies to improve your experience while you navigate through the website. Out of these, the cookies that are categorized as necessary are stored on your browser as they are essential for the working of basic functionalities of the website. We also use third-party cookies that help us analyze and understand how you use this website. These cookies will be stored in your browser only with your consent. You also have the option to opt-out of these cookies. But opting out of some of these cookies may affect your browsing experience.
Necessary Always Enabled
Necessary cookies are absolutely essential for the website to function properly. This category only includes cookies that ensures basic functionalities and security features of the website. These cookies do not store any personal information.
Non-necessary
Any cookies that may not be particularly necessary for the website to function and is used specifically to collect user personal data via analytics, ads, other embedded contents are termed as non-necessary cookies. It is mandatory to procure user consent prior to running these cookies on your website.
SAVE & ACCEPT